The Feast a German-Georgian music theatre 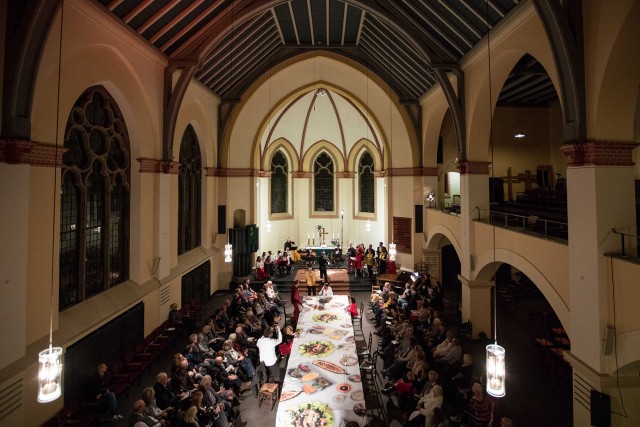 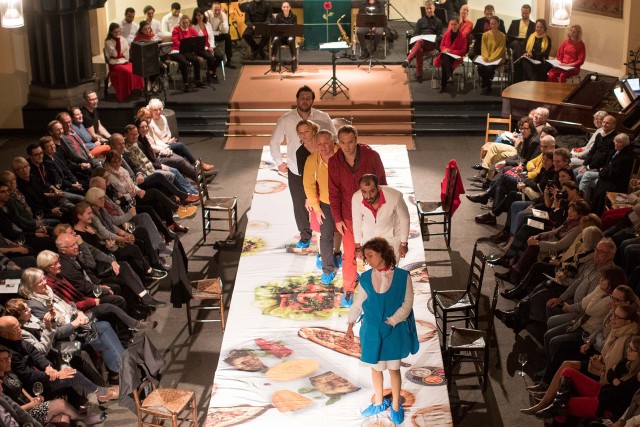 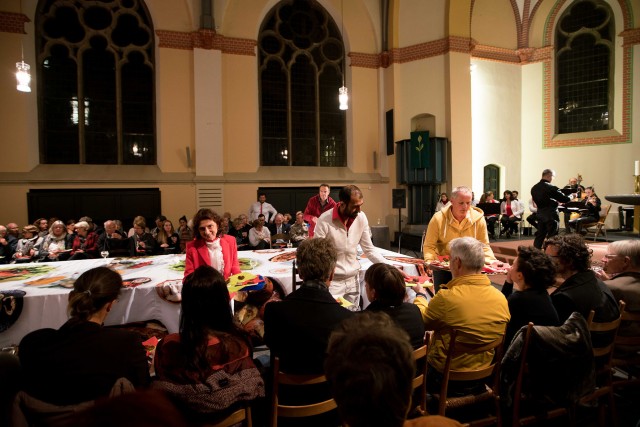 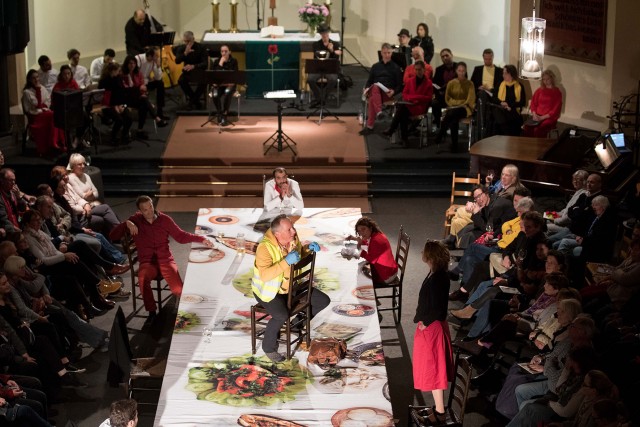 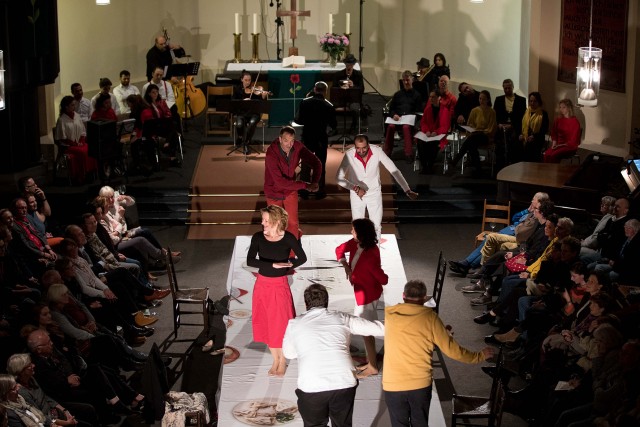 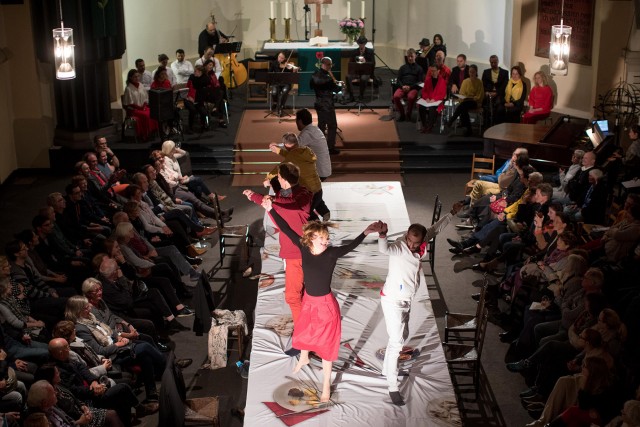 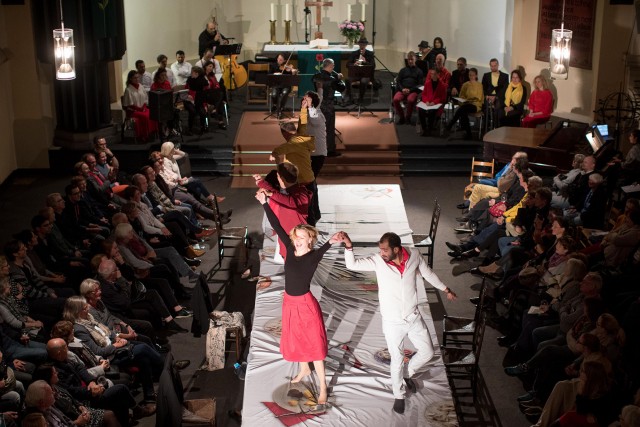 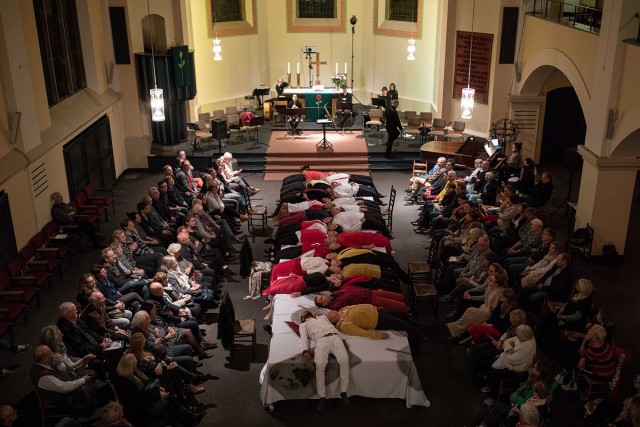 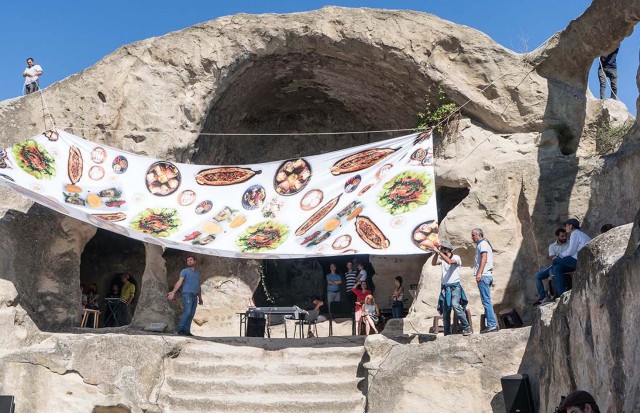 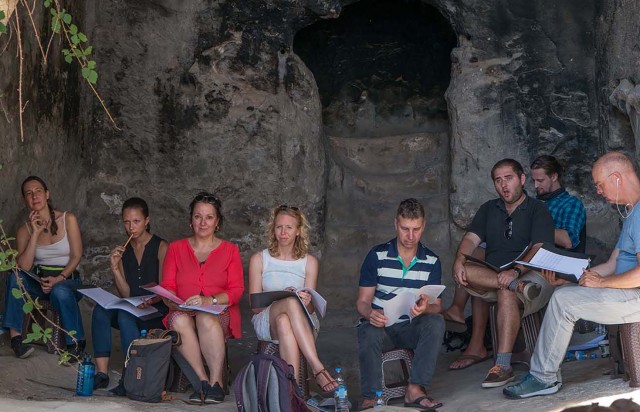 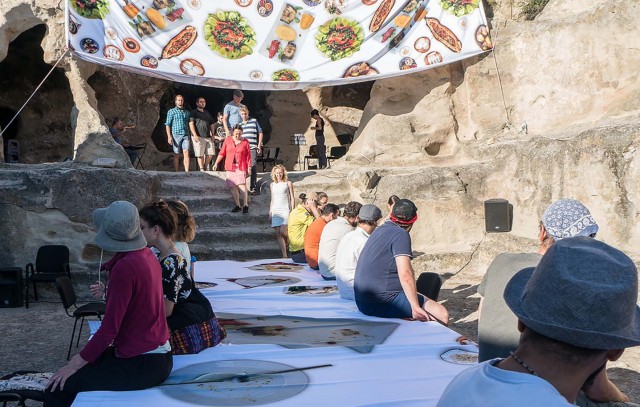 What do we know from each other? Actually nothing! Georgian migrants are a silent community in Germany.
Many Germans will know the name Tbilisi, but much less know that this is the capital of Georgia. Perhaps we still know that Stalin and Shevardnadze come from Georgia, or Beria the head of the NKVD, but then? Georgia does not belong to Russia?
Since the collapse of the Soviet Empire, Georgia has been fighting for democracy, breaking away from Russia and joining Europe. Since the 1990s Georgians flee from Russian intervention. Georgia is on the threshold of a new hotspot "Ukraine".
Russia is still the most important trading partner and at the same time its biggest dependency. The Soviet pensions are no longer worth anything and those who want to survive in old age, must have children in western countries, preferably in Germany.
For the Germans, Georgia was the extravagant summer resort in the 19th century: Mediterranean climate on the Black Sea, gigantic wild mountains in the Caucasus, cosmopolitan flair in Tbilisi and trade expansion on the Silk Road. The tourism industry is in the process of opening up the still unspoiled places for adventure tourism.
The two authors of our project have already had the opportunity to study the mentality of the other side: the traces of the common socialist past, or Lasha's "Literature Express" through Europe, perfectly organized by the German side, but without spontaneity.
What do we think if we still look at Stalin's devotional temples in Gori? Is that a suppression of history, or is it already a raised sense of the people? Should we have kept the traces of the GDR more confident, or even Hitler's places of worship?
How do women's emancipation and homophobia fit together?
And how self-confident are we with our traditions? While the Georgians proudly present their song and dance customs, we are rather a little bashful of folk dances and yodels.
With this music theater project, which cooperates with a German and a Georgian artist team on all levels, we want to bring everything "on the table", what unites us and what makes us different.
As considered a georg. Author today living in Georgia? How does an East German author think about the former Jugendweihe brotherland? What musical influences do composers in the countries find who are both very proud of their musical tradition?
Nothing is better than drawing prejudices against the other and exposing oneself to self-expression.
We meet at a large table. In Georgia, such a feast is called "Supra". The master of ceremonies is the Tamada, who controls the dramaturgy of the festival and thus our staging with toasts.
We organize a pleasurable competition of the countries, by the different texts played, recited, circulated, satirized, are stylized to the grand opera. Each scene is commented on with a choral quatrains. The audience is stimulated to take sides, to choose the best scene, or to sing along loudly.
The further the evening progresses, the more the boundaries between the ensembles blur, the more melancholic the evening becomes. 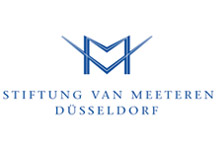