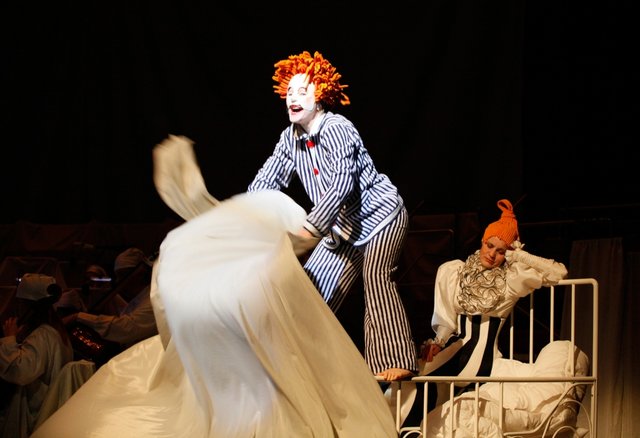 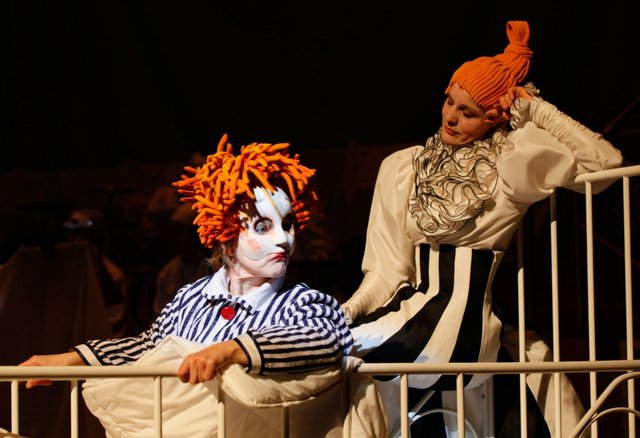 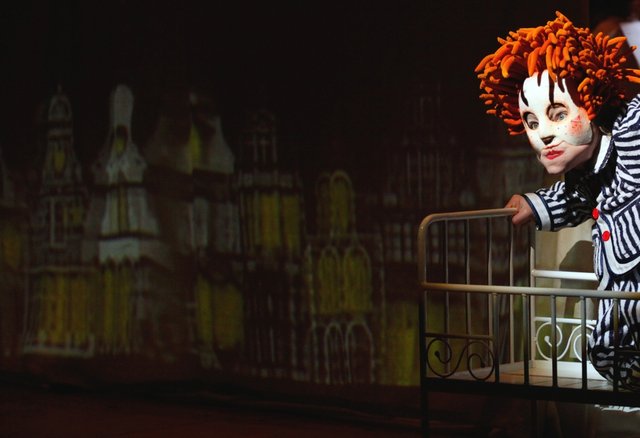 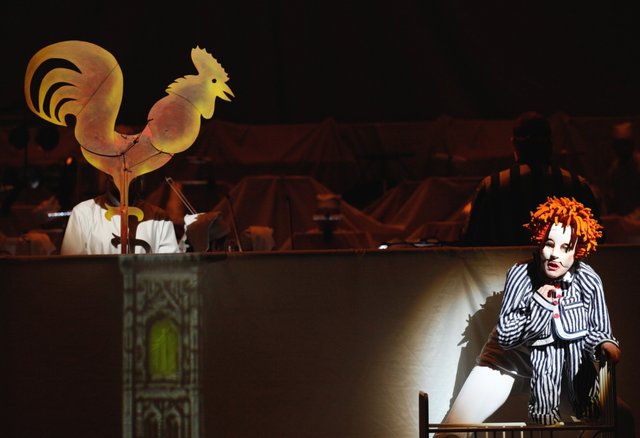 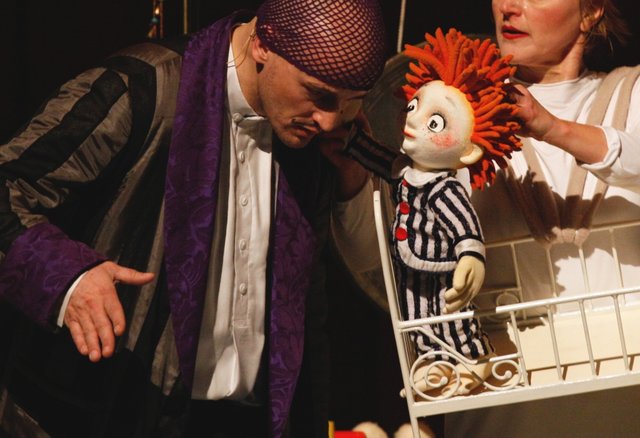 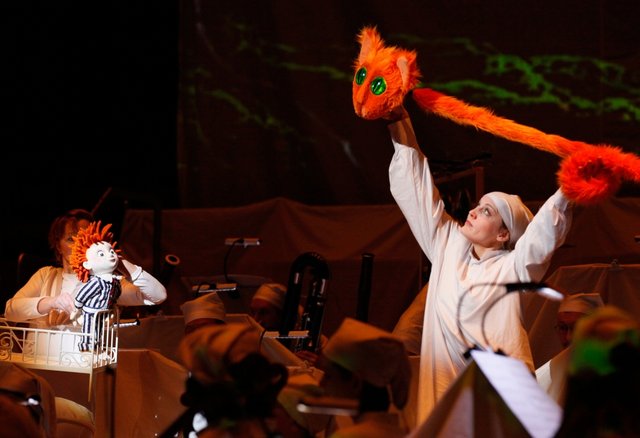 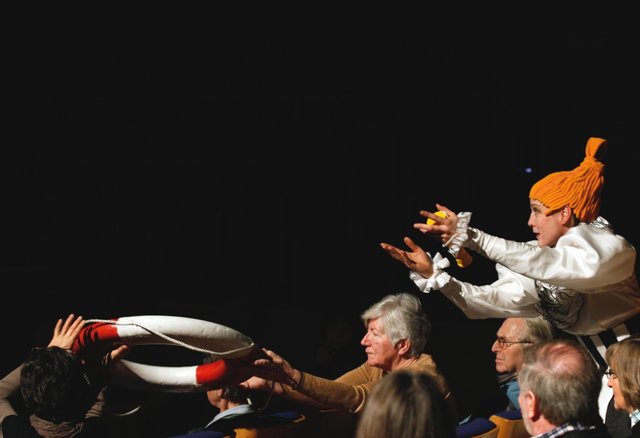 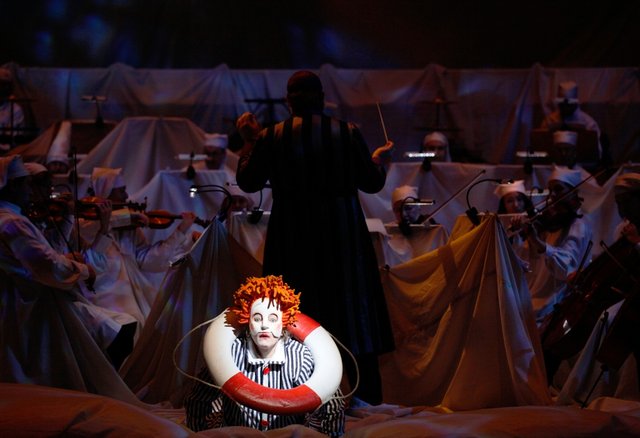 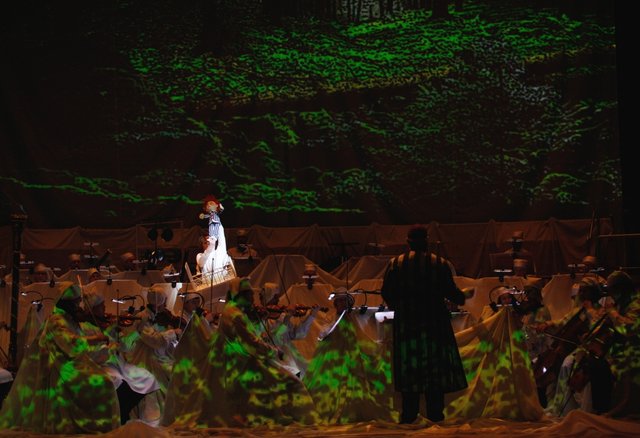 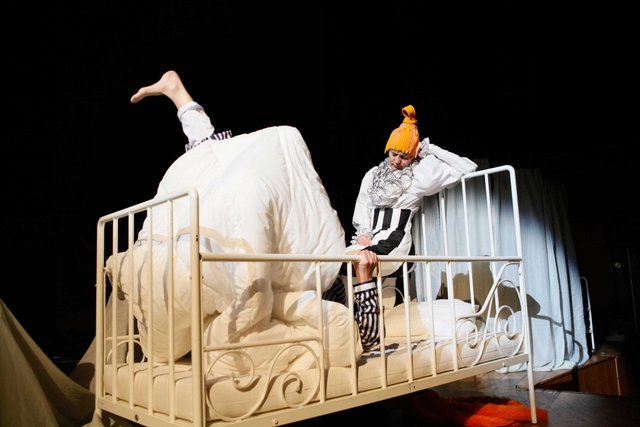 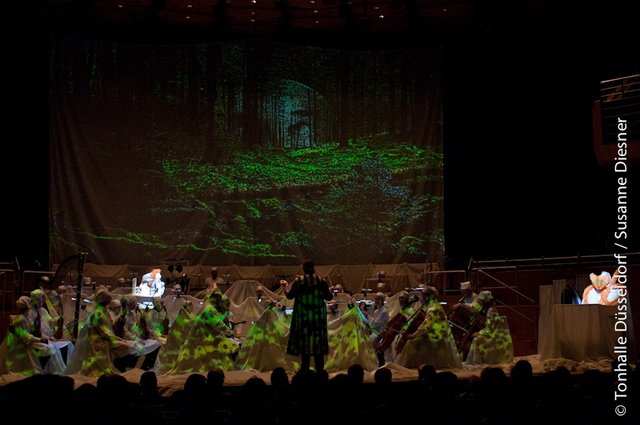 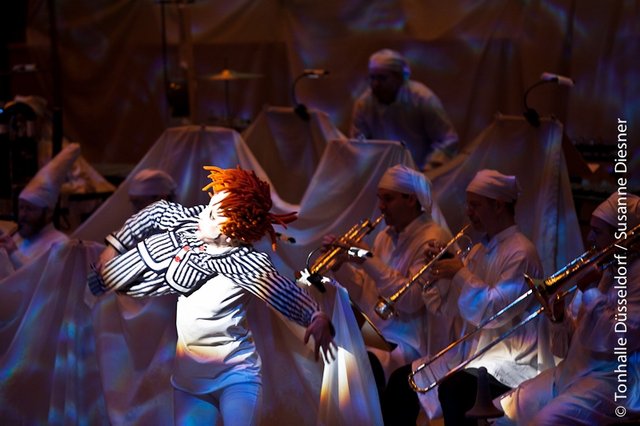 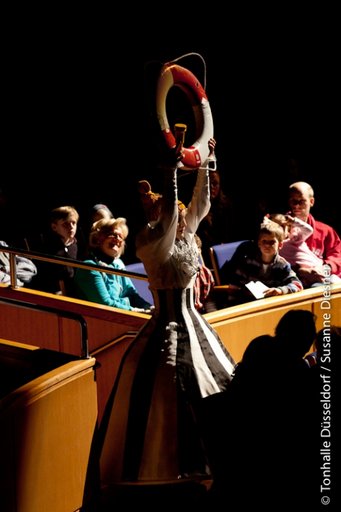 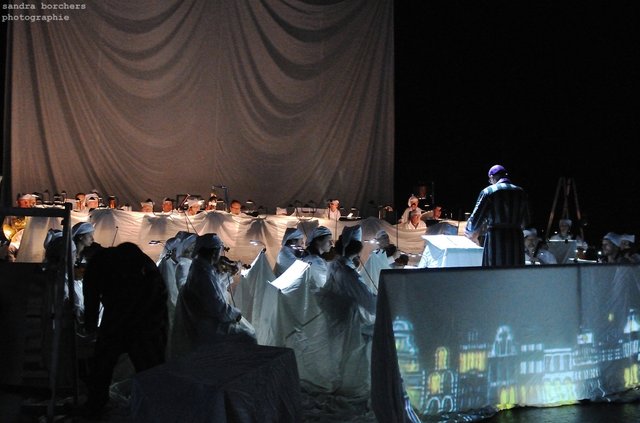 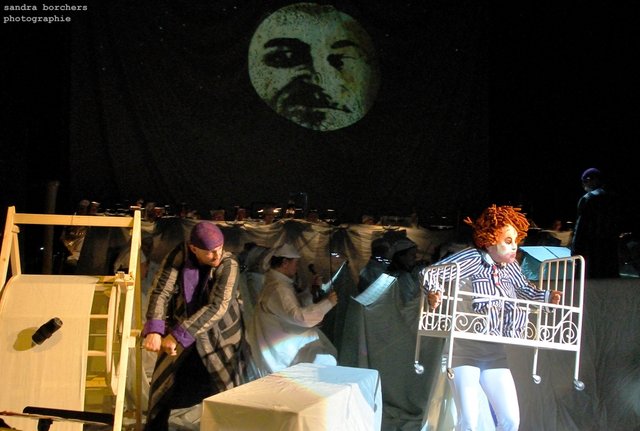 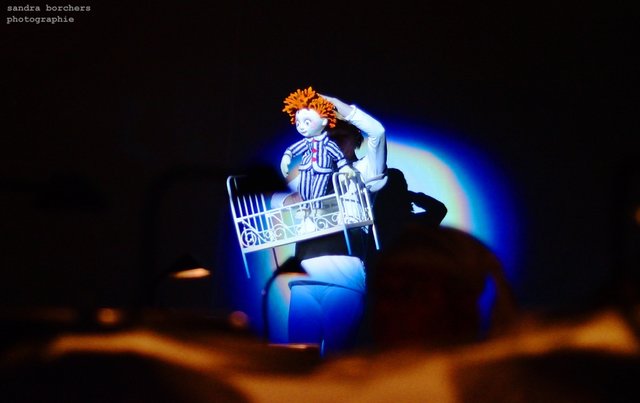 Neither an opera nor a concert, this performance is “music for the eyes and theatre for the ears”. The fantastic story of the little Häwelmann is told with a minimal cast: a storyteller, an actress and a singer; some acoustic equipment, a few objects/puppets; a film projection across the entire stage and a symphony orchestra.
The main character in the story, little Häwelmann, finds his cot too restrictive. He wants to discover the world and always wants more – first he ventures out into the town at night, rolling along in his little bed, then into the forest and even into the night sky. The moon becomes his companion, and the stars smile at him. Even the laws of nature oblige, allowing him to fill the sail on his bed with his own little breath. This spurs him on, and he becomes even more mischievous – until he oversteps the limit.
The story is a wonderful combination of a child’s inquisitive spirit, curiosity and the desire to make discoveries; self and self-consciousness in the world; defiance of boundaries by “driving over the moon’s nose”. His ego drowns in his own impetuousness as he is thrown brutally back into reality, represented by the sea. Yet whenever we experience such a “downfall”, we wish for a helping hand to put us back on our feet with renewed courage – and more importantly, this is what we wish for our children.
The entire orchestra sits in little Häwelmann’s bedcovers, interpreting the music and serving as a screen for the projections of the town, the forest, the sea and the whole universe.