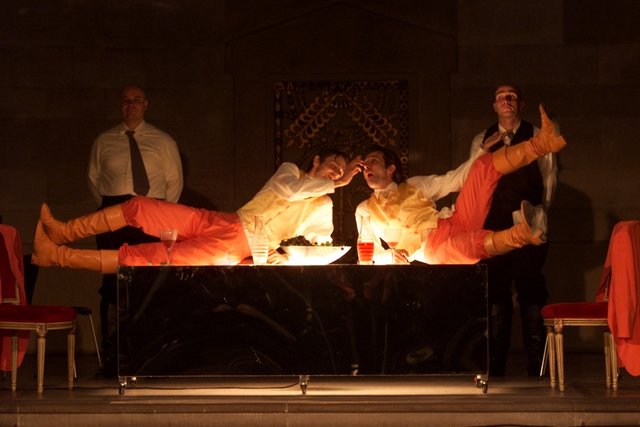 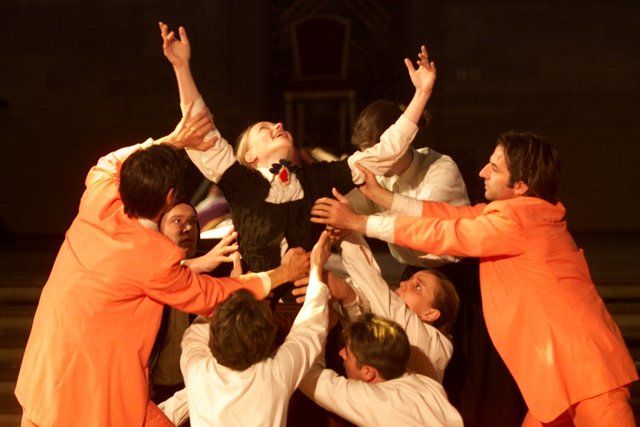 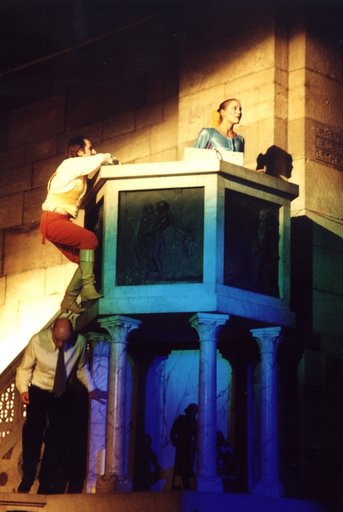 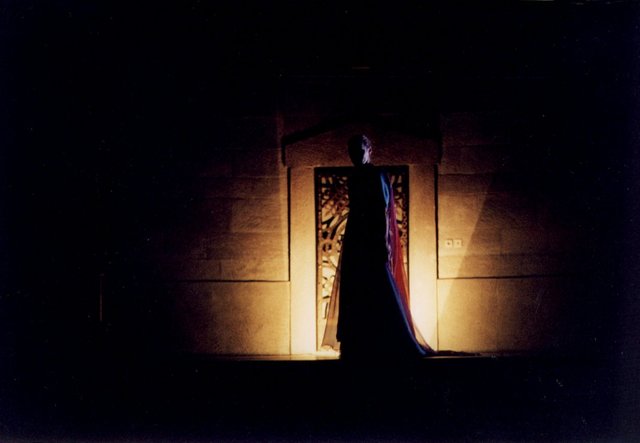 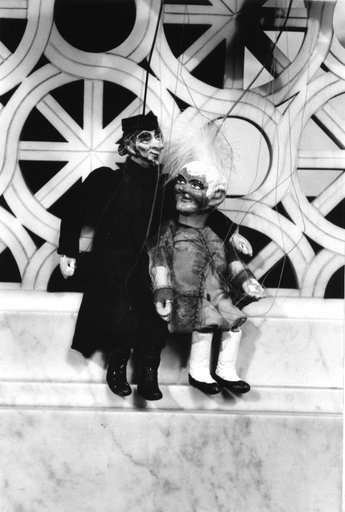 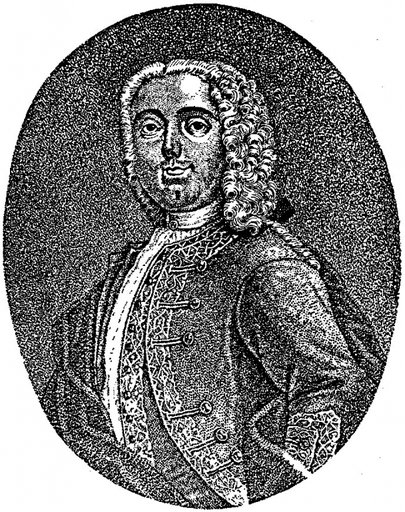 It was around 1735 when the Jew Joseph Süß Oppenheimer, nicknamed Jud Süß, appeared in the duchy of Württemberg. His relatives were already the financial advisors to the Viennese Court, his ambition was to become the same to duke Karl Alexander. He had inherited the genius of his ancestors and soon he had not only revitalised the local economy, but also his and the duke's purses - but at the people's cost. There were rowdy protests and it was clear who the guilty party was: it was the Jew. He diverted attention from the duke's responsibility in the matter even though he was just as much involved as the Jew. But despite all Joseph Süß's efforts, and the fact that he had done nothing against the law, he was condemned to death: Württemberg had a justice scandal on a European scale on its hands.

From this story Lion Feuchtwanger created a drama and then in 1925 a novel of the same name which the Nazis turned into a notorious film that many people, when they hear the name Jud Süß, still remember today. But the only thing the drama and the film have in common is the name, and Nazi propaganda still covers up the actual character Jud Süß.

The new music theatre piece by Oskar Gottlieb Blarr, Annette Bieker and Frank Schulz is in the area of conflict between Lion Feuchtwanger and Veit Harlan (film director). It recalls the literary and historic origins and concerns itself with a person for whom money and power were life until the death of his only daughter at the hands of the duke makes him question the meaning of his life. In the Jewish faith, Joseph Süß recognises the actual value of his existence and allows the proceedings to take place without presenting a defence which could have saved him from the gallows. The last months of his life were a desperate struggle between his past ego and his newly won religious revelations.

Jud Süß is not an opera in a traditional sense, but rather a music theatre work in which speech and song are combined in new musical ways. The whole room becomes a stage, the audience is in the middle of the action.

Based on a story by:
Lion Feuchtwanger