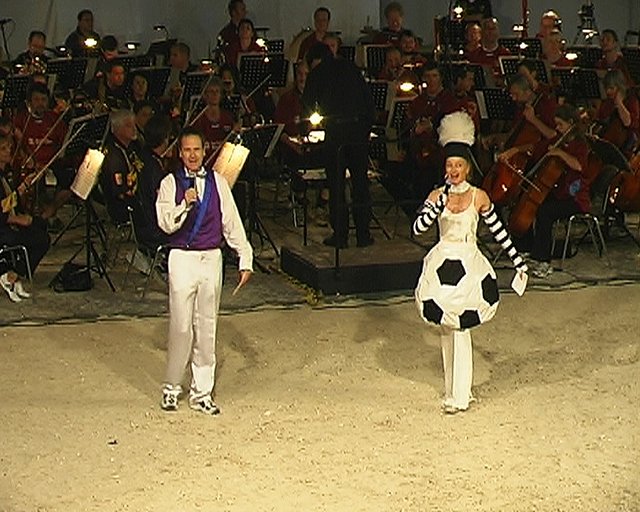 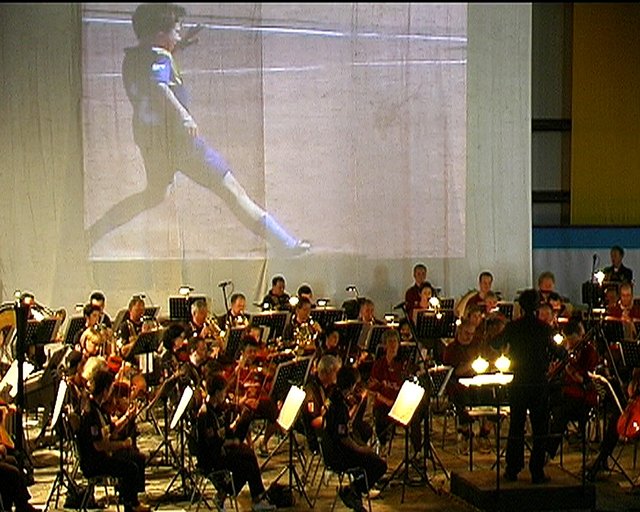 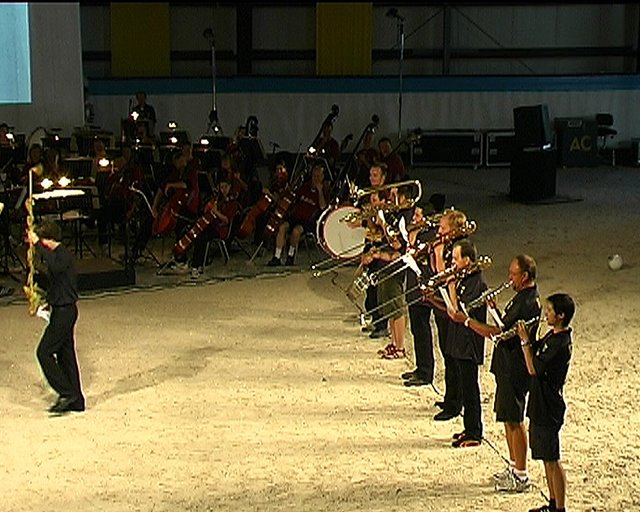 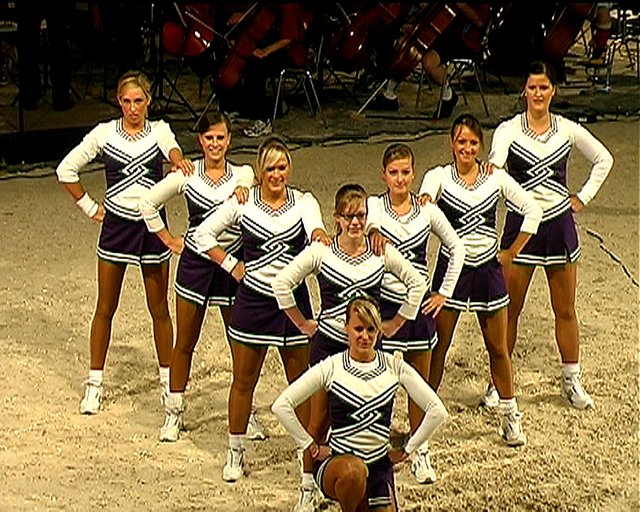 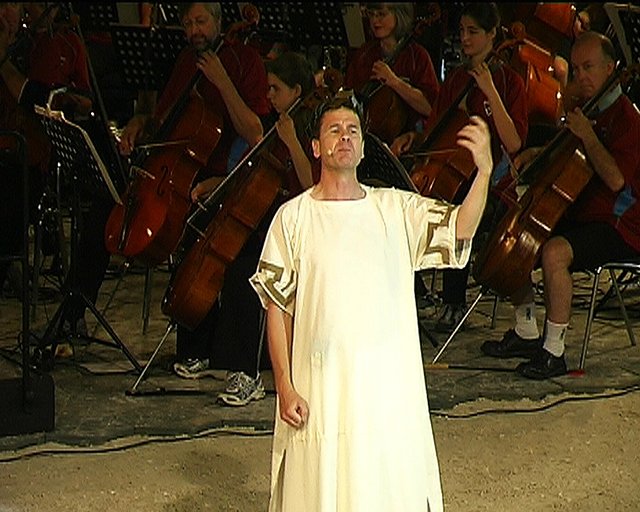 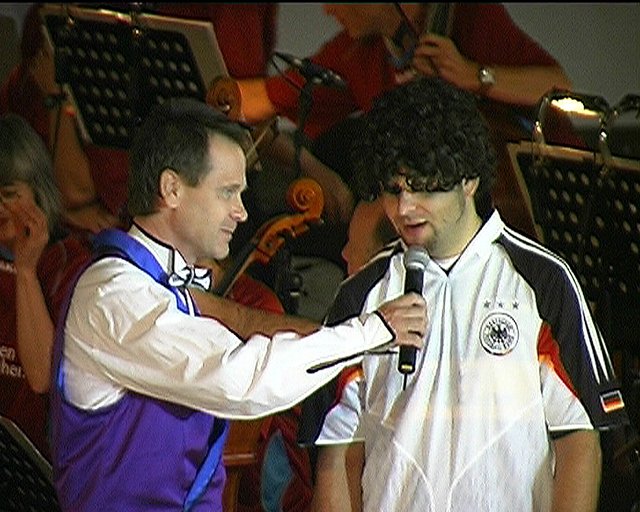 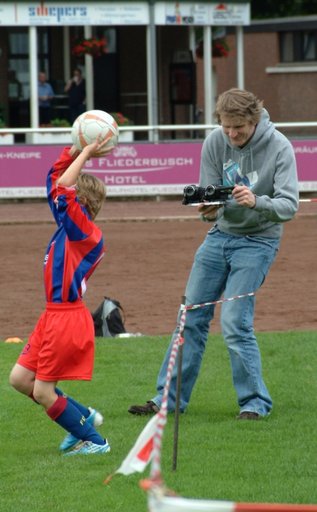 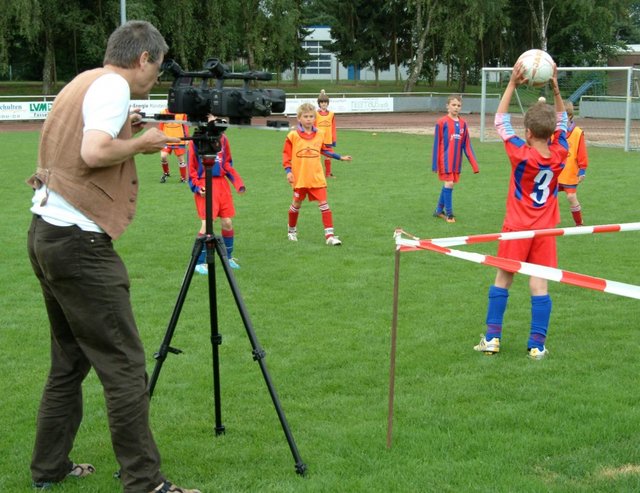 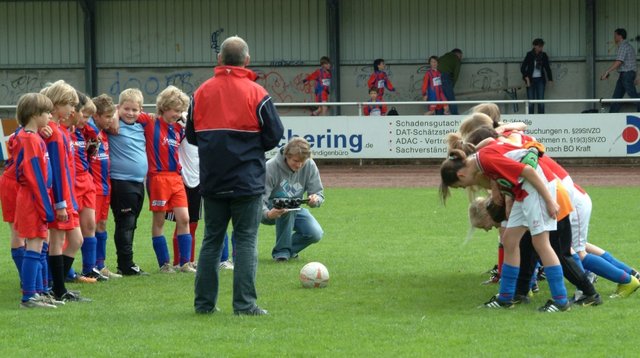 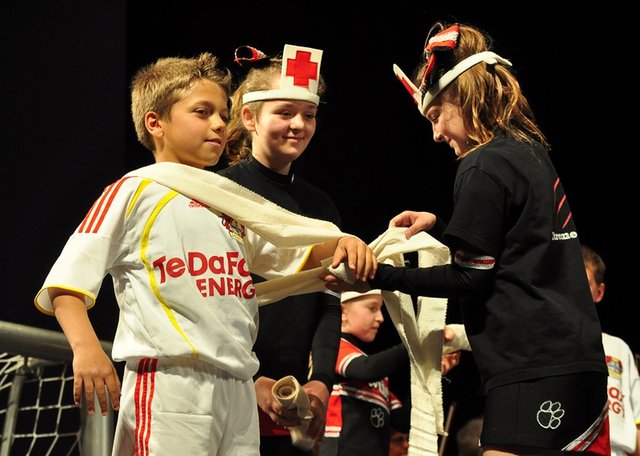 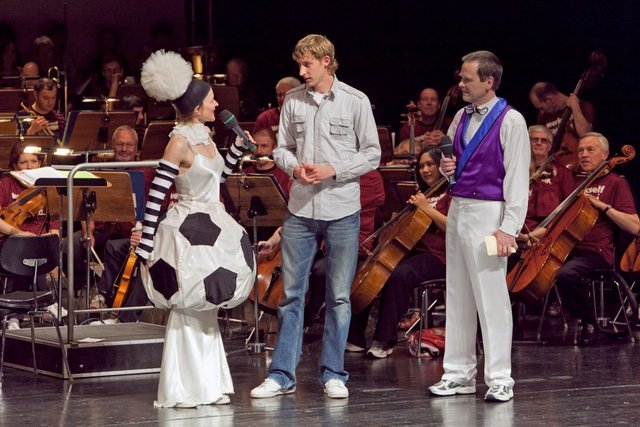 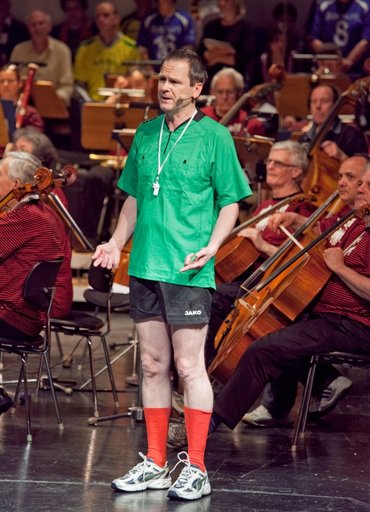 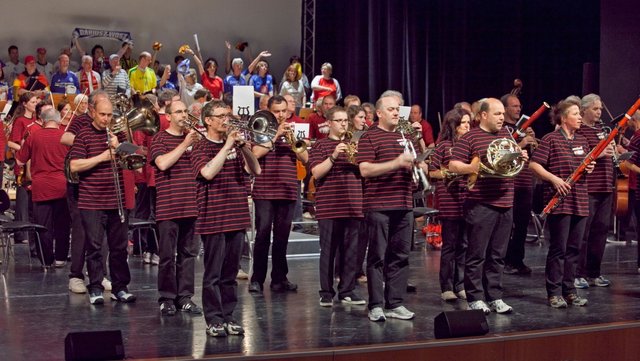 The entrence of the teams

There is nothing non-musical about soccer. Singing is rarely done with as much fervour and persistence as it is in football stadiums. Besides club anthems, soccer has also given rise to countless songs and hits, and has regularly provided a stimulus for writers, artists and composers.

The concert is intended to do more than pick up on the musical elements associated with soccer; its scene layout itself also contains the drama of a soccer match:
It is logically broken down into two halves with half-time, timeouts, extra time, penalties, starting and final whistle, line-up with national anthems, awarding the trophy, lap of honour and closing interviews. A sports hall and grandstand ensure the necessary stadium atmosphere. The event is accompanied by a stadium announcer, who interviews players, trainers and visitors, introduces VIPs and the team line-ups, provides information about the state of play, goal scorers and substitute players, tells soccer stories, asks the crowd quiz questions or rehearses soccer songs with them (“Soccer is Our Life”). A marching band plays on the field before the game and during half-time. Hot dogs and beer are sold at the side of the field. A camera team provides close-ups of exciting moments in the game.
As examples of pronounced “soccer literature”, the programme includes battle cries and signature tunes (“Aktuelles Sport-Studio”, Soccer World Cup, Olympics, etc.) alongside national and club anthems.

Conversely, “traditional” music is also presented as a soccer game: it accompanies rhythmic soccer gymnastics or classical soccer ballet, musical events are commented on in the same way as action on the field, musicians who play a wrong note or play in an uncouth manner are sent off, others are replaced by the conductor and different ensembles line up against each other, and the slow-motion replays provide deeper insights into the contexts of the various compositions...

Alongside active players in the orchestra, there are also cheerleaders (the female choir) to cheer on their teams and stir up the crowd, and actors and individual instrumentalists will slip into the roles of trainers, referees, commentators, sports doctors, first aid workers, law enforcement officers and hooligans.