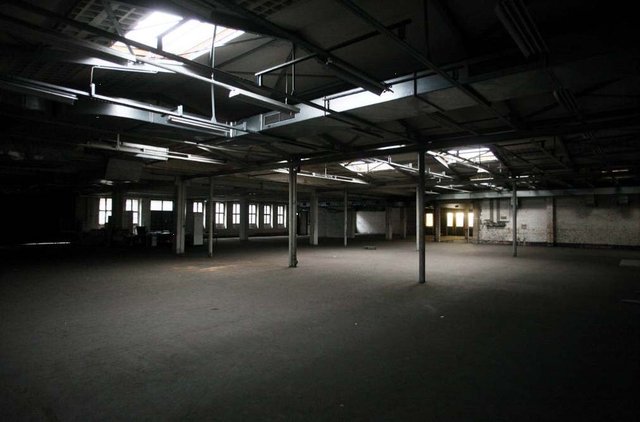 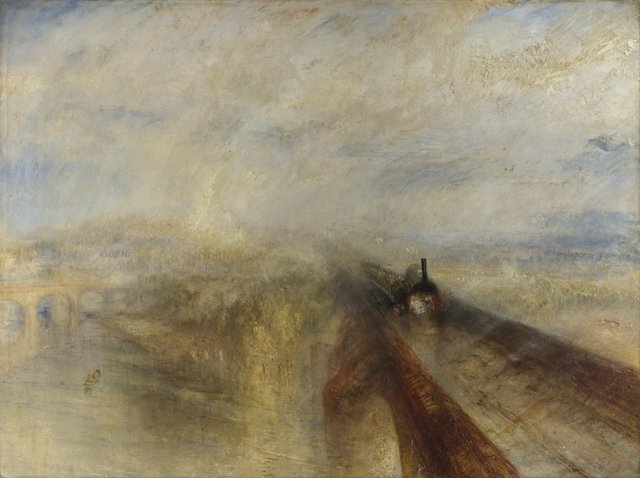 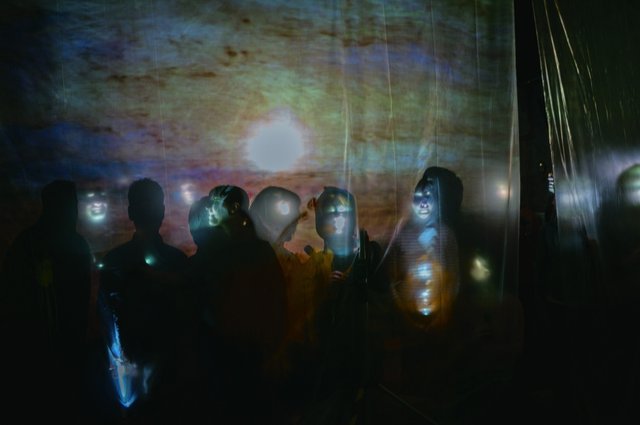 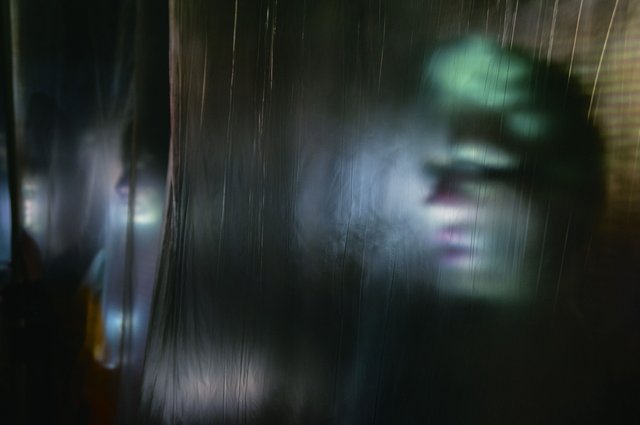 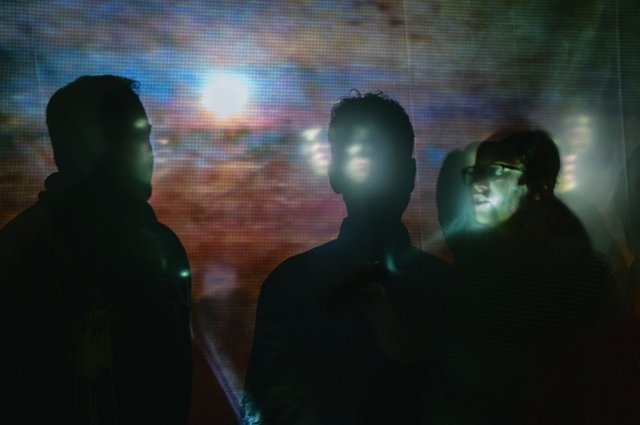 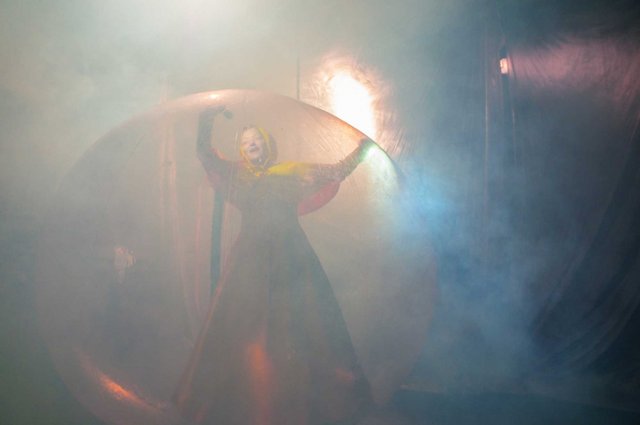 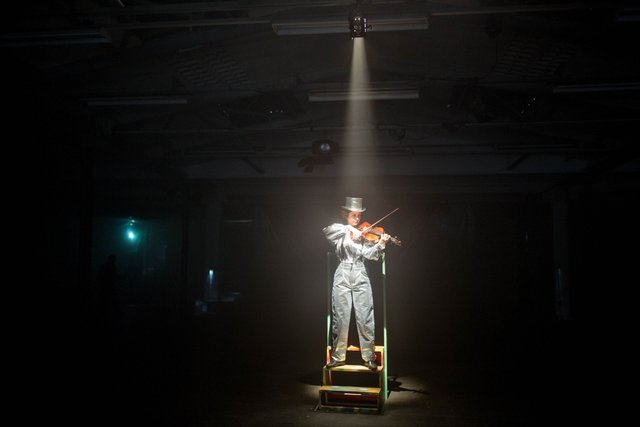 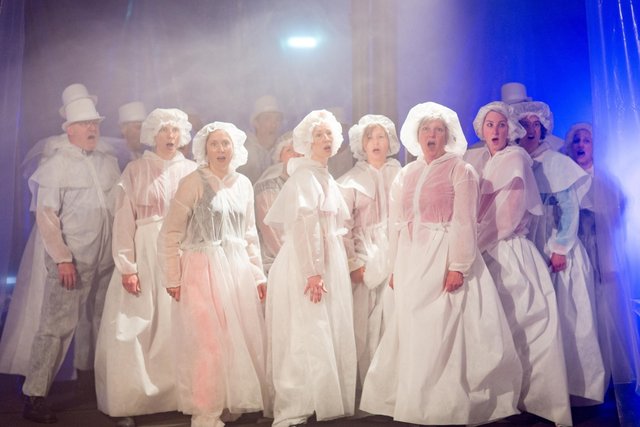 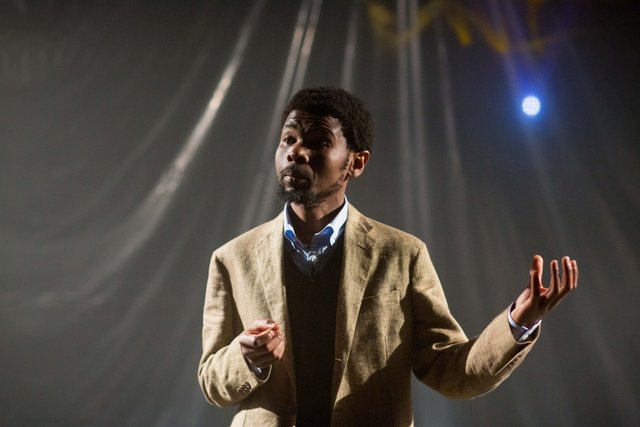 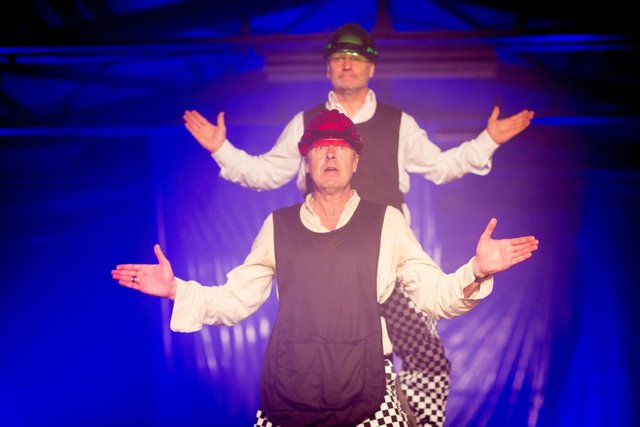 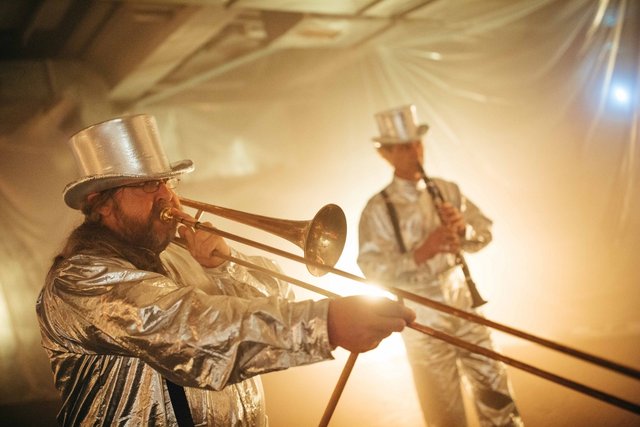 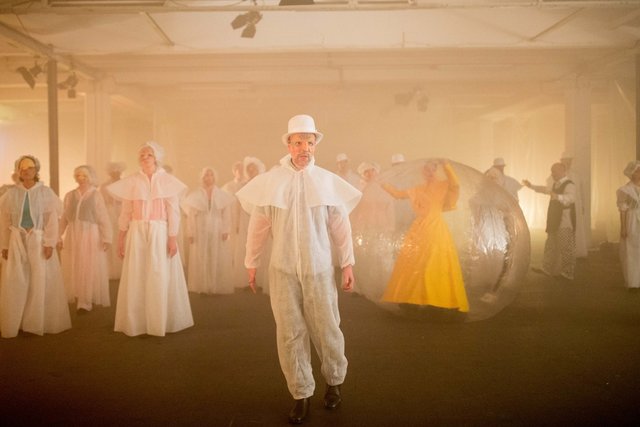 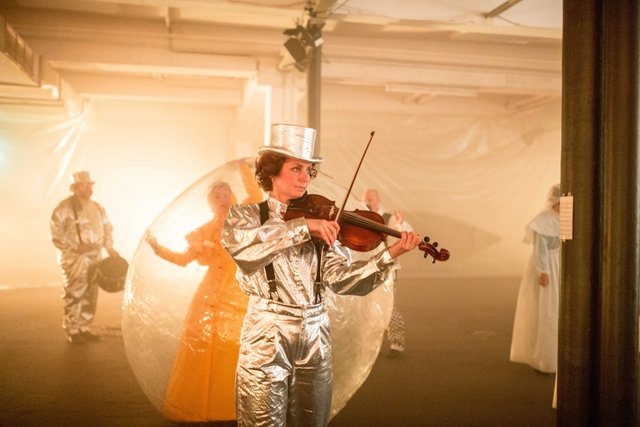 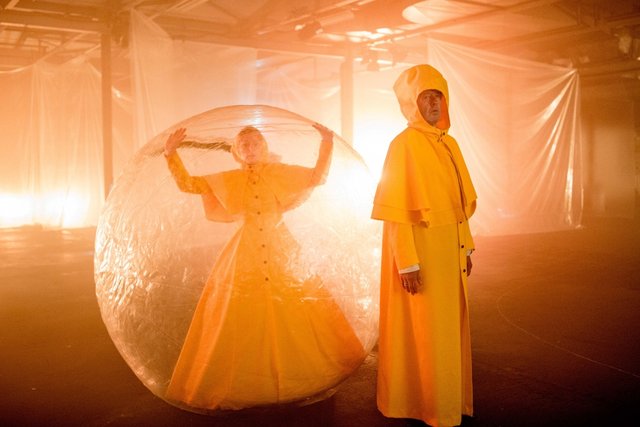 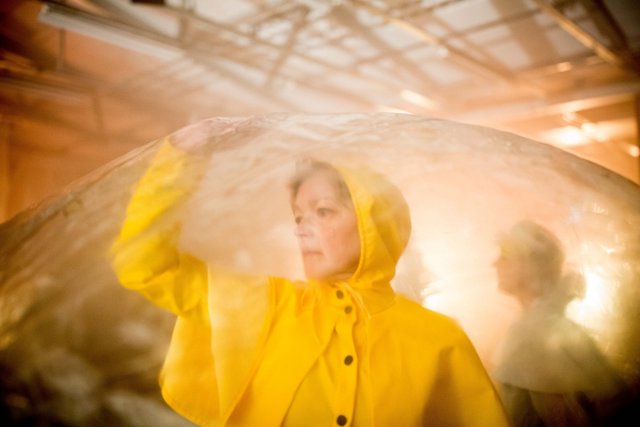 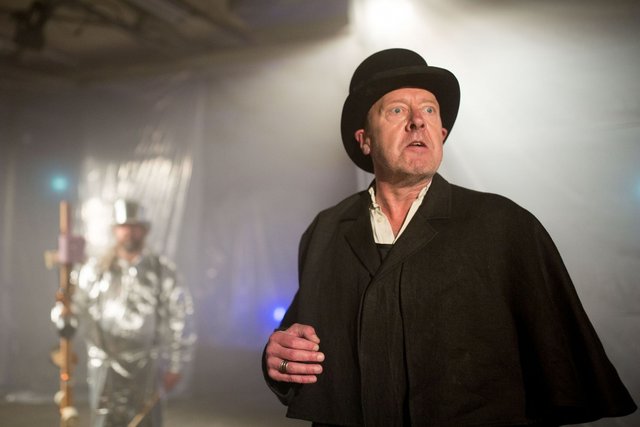 A co-production with
Ensemble LabArca Bruxelles, B
and the Academy of Performing Arts in Bratislava
(Vysoká škola múzických umení), SK


The 1816 is known as the „year without a summer„ in the climate history, a year in which many parts of the world appeared an uncomfortable and above all very cool summer. 1817 becamee the year of hunger, thousands emigrated. Blame the massive eruption of Tambora volcano was (Indonesia) in April 1815. After approximately one year of propagation phase of the dust haze around the earth, summer temperatures went so sharply that e.g. is reported from the northeastern United States of snowfall in June. In Europe, the ash band across Belgium, Northern France, Central Europe and Austria and Switzerland withdrew.

The concept of this performance is to crate a accessible theatre.
The space is designed as a landscape painting by William Turner: transparent films the objects can become blurred and make the misty, airy medium between the observer and scenery. The materials and films forming an artificial landscape.

The common thread is the setting of a poem by Lord Byron „The darkness„  (1816) for mixed choir.To this poem swirling around the events of 1816: alarmist, starving people in Europe, explosion of food prices, which defend a their belongings, others relieve with first social institutions in need. A literary circle on Lake Geneva organized a ghost story competition with the emergence of the Frankenstein myth of Mary Shelley and the poem „Darkness„ by Lord Byron. Central Europe had a refugee disaster.
Germans became economic fugitive and they fled to neighboring countries, or emigrate to America.